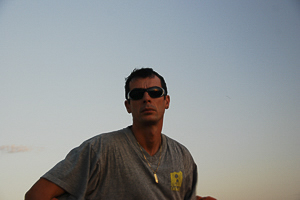 About:
Knows Marettimo’s waters and dive sites to perfection 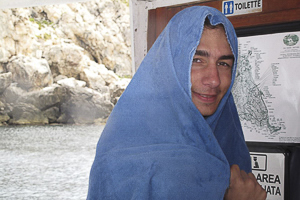 Career history:
He has grown professionally in this dive shop

About:
Young and full of energy 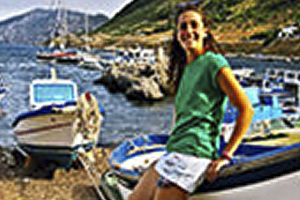 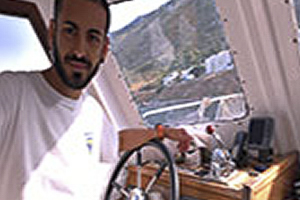 When I first chose to leave Milan’s chaos in 1998 I knew nothing about Marettimo. As soon as I arrived on the island it immediately appeared surreal to me. I was absolutely awe struck, not because of Marettimo’s sheer uncontaminated natural beauty but because it was so completely different to other tourist destinations which suddenly all appeared the same to me. Time here had a different meaning to what I was accustomed to and tourists seemed to be the islanders’ old friends and acquaintances. Those who come here even for the first time know exactly what to expect and what they want because that’s the way Marettimo is, there are no tricks or misunderstandings – you either love the island or you hate it. With this in mind I’d like to pause a moment and start again. A small old boat called Tresette, ten tanks or so and that’s how the “Voglia di Mare” adventure began, a bit like a game.

Almost without realising it I found myself in the second year of activity and the Tresette seemed to have become far too small for the my growing number of customers. This success was undoubtedly due to the treasures of Marettimo’s depths but I was also trying to play my part by paying attention to the smallest of details. I decided to modify the boat’s stern to make it more comfortable for customers. Although this was a considerable investment it paid off and led me to commissioning the construction of a new boat in 2004. “Gisella” was the result of years of experience, designed with great care to respond to the needs of those who love to visit the underwater world while providing plenty of space and comfort to divers and non divers alike.

To date I have over 3000 dives in Marettimo’s waters and thanks to a meticulous knowledge of each site I lead my groups of divers to see its wonders. I’ve always been convinced that it is the knowledge and skill of whoever is guiding a dive which makes the difference.

Nothing is to be left to chance, not even random encounters with the sea’s creatures.